THIS IS THE CITY, BOY, said Death. WHAT DO YOU THINK? “It’s very big,” said Mort, uncertainly. “I mean, why does everyone want to live all squeezed together like this?” Death shrugged. I LIKE IT, he said. IT’S FULL OF LIFE. 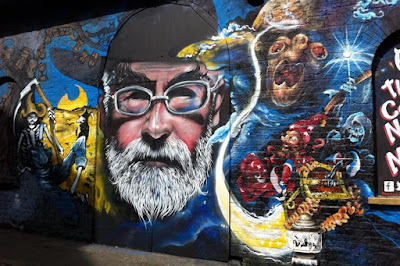 The motto written upon Terry Pratchet's coat of arms (#OBEProblems) is: